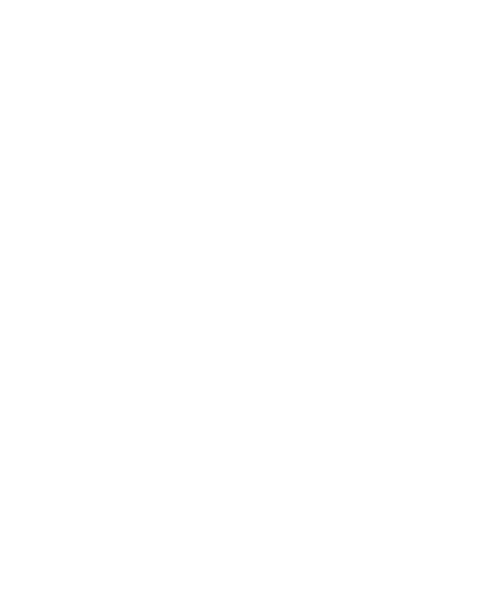 Moral Compass is an outdoor education initiative, designed to teach hunting and survival skills to young people.
It is also a mentoring programme, developing essential character traits to survive and thrive through life’s challenges.

New Zealand has many vulnerable young people; most of these adolescents are unequipped to face the challenges thrown their way. They find themselves making decisions based on limited information, taking advice from peers with often little or no support from trusted adults.

Peter Reynolds (Razor), founder of Moral Compass says, “I learnt as a British Army Paratrooper that we all have a moral compass, in spite of where we’ve come from or the decisions we’ve made. I would like to pass on my knowledge and experience to help resource young people to succeed, no matter how difficult their current circumstances are.”

Through Razor’s younger years, growing up in the troubled areas of south-east London, he was in and out of trouble. He saw friends lose their battles with drugs and society, wrecking their lives by a mixture of being easily led (while trying to have fun) but really only going backwards. Razor soon realised it was easier to do wrong rather than right! But behind all the wrongdoing and the mischief, the thing that stopped him from spiralling out of control was a moral compass. Whether it was the influence of his Mum and Dad or an old SAS Pastor with whom he’d catch up with from time to time, or good friends he met over the years, his moral compass played a big part, even when he knew he was doing wrong!

Along with teaching practical skills, Moral Compass is designed to give hope to struggling youth and show them there is more to life than fast food, alcohol and drugs. By giving young people a structured outdoor experience with highly-trained adults, the aim is to help them develop their moral compass so they can begin positively building towards their future.

Life has its ups and downs. We believe it is important not to pretend we are or have to be perfect in any way. That’s why we wanted and are happy to have a bloopers section for Moral Compass. Sometimes we just need to have a laugh and move then move on.

With that said, we hope you enjoy the blooper moments with have put together here. Have a good laugh and please check back often, as we are sure that you know from your own journey that these life bloopers can happen at any moment and can also happen often…

Join us for a cuppa and a laugh… Moral Compass Bloopers

Confidence, enthusiasm and discipline. If you fall, fall forward.

Owning and admitting to mistakes. Being honest, to yourself and others.

Mental and moral strength, coming out of the comfort zone.

Accepting people for who they are, respect builds trust and safety.

Someone you can rely on all the time.

Selfless, thinking of other people before yourself.

These are more than just words written on paper they are a foundation to build a healthy future.

Moral Compass is taking a stand and

“INVESTING IN THE FUTURE GENERATION, THROUGH LIFE AND THE BUSH”.

Please give today to help support the mahi that Moral Compass is doing.

Join us on this exciting journey. 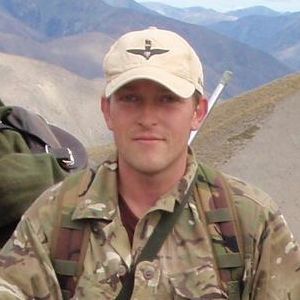 As a young person Razor (Peter Reynolds) was told that he would amount to nothing. School wasn’t easy for him; he would often find excuses not to go to class and was easily distracted when he was there. He was diagnosed with Dyslexia in his teens but had already decided by then that school wasn’t for him.

Razor was then given the opportunity to enter the British army, which consequently changed his life. It was in the army that Razor was given the skills and passion to invest in himself and others. Razor spent 13 years in the Elite Illustrious 3rd Battalion The Parachute Regiment, then four years in the Royal New Zealand Infantry Regiment. He completed ten tours of duty and visited a number of countries along the way.

Razor left the army in 2014. Slightly wiser, now married, with two kids of his own, he realised a lot of his life had been about mentoring and being a role model. He is passionate about helping young people (who remind him of his younger self) – recognising they have a need to be given life-enhancing tools. Razor’s passion is to see young people become healthier versions of themselves and grow through life’s challenges.

Razor is now the owner of Johnson & Couzins Hire Ltd – Marquee Hire and chooses to employ struggling young people whom he can mentor and give the dignity of work. He has himself as a model – moving from a struggling youth to army Commendations and now owning his own company. It can be done!

• Pl Sergeant of 8 Platoon C Company Budd VC winners (Beating every platoon in 3 Para)
• Being part of the winning 8 man team who completed 2 Marathons back-to-back carrying packs in Switzerland
• Competing in Muay–Thai and boxing competitions at various levels.
• Rated in the top 3 of 80 personnel of the same rank
• Intelligence Sergeant for 18 months
• Military conduct assessed as EXEMPLARY

UTRINQUE PARATUS “READY FOR ANYTHING” 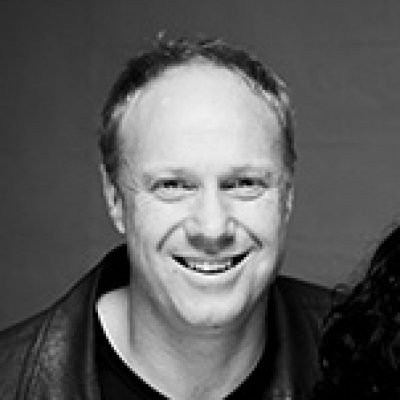 My name is Neal Carter, l married my wife Carleen in 2003 and we have four children, three girls and one boy. I’m currently serving as an Army Chaplain with the New Zealand Defence Force. I started this role as an officiating chaplain in 2010 then moved to reserves in 2015 and in 2019 became a regular force Chaplain. I left school at 15 years of age, let's say school and myself didn’t get on that well. I struggled to learn in a classroom, but one thing I did learn was how to eat lunch through English so I could enhance my time playing sports during the break. I was, and still am a passionate sportsperson. I played competitive football through my school days and into my late twenties. My working career started at a Supermarket as I waited to start an apprenticeship as a furniture maker. A few years after the completion of my apprenticeship I returned to school to study industrial design as an adult student. Once I finish studying my life changed direction. I did a missions trip to China, which was then followed by a church plant to Doncaster in the UK. On returning home I spent 12 months working as a cabinet maker on Super Yachts and then started an internship with LIFE which lead to working as a Pastor at LIFE in Auckland for 19 years. During this time I had a number of roles from New Christians pastor, a regional pastor working in South Auckland, facilities manager and overseeing security to mention a few of my roles but my main role was pastoring people. I sat on a Women’s refuge Board and also the board for South Auckland Christian Food Bank. I am passionate about seeing people reach their full potential. My early life was in a family of eight, one sister and four brothers. As a child, I moved around the country with my Family, these include Christchurch, Timaru, Palmerston North and Auckland. Now I find myself with my family back where it all started in Christchurch. 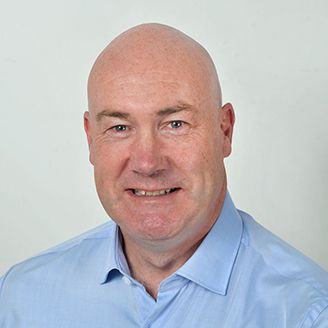 My name is Aidan Boniface and I live on the outskirts of Rolleston with my wife Jo and dog Maggie. I have three daughters who think they are all grown up and have left home.

My father was ex-army and my mother was a school teacher and right through my younger years, they taught the values of self-reliance, discipline and determination.

I have spent most of my working life in financial services and I am constantly amazed at the financial predicaments some clients find themselves in. Mostly due to a lack of self-reliance, discipline and determination

In my spare time, I am a keen petrol head and love motorcycling (and anything else with an engine)

I met Razor in 2011 and we shared similar views on how to help people through the ongoing earthquakes. We have stayed in touch ever since, and I am greatly honoured that Razor has asked me to help with Moral Compass. I firmly believe that today’s youth have a lot to offer society and they sometimes just need a little guidance to steer them in a more productive direction.

Moral Compass can provide that guidance. 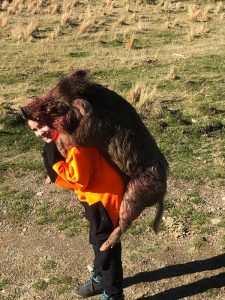 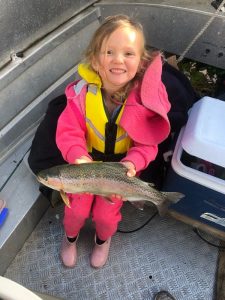 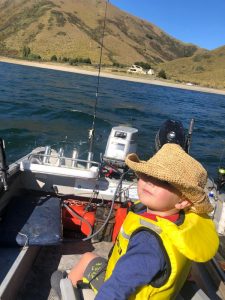 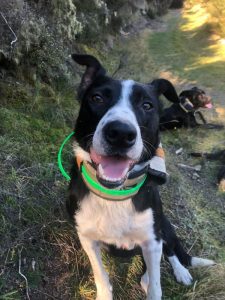 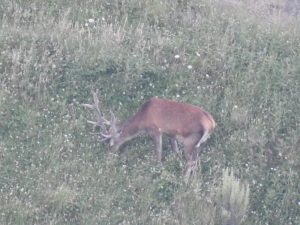 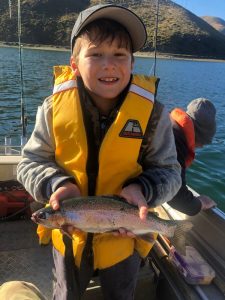 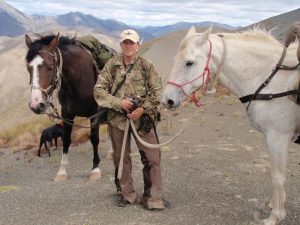 The support we receive from organisations that have chosen to align with us is crucial in helping us achieve the goals we have set at Moral Compass. We are excited and are looking forward to continued relationships as well as developing new relationships.

Thank you... we appreciate you!